I had several titles in mind for this post:

… And yet, I settled with the most boring one. At least you know what to expect.

If you’re more of a diagram person RedwoodJS looks like this (taken from the homepage): 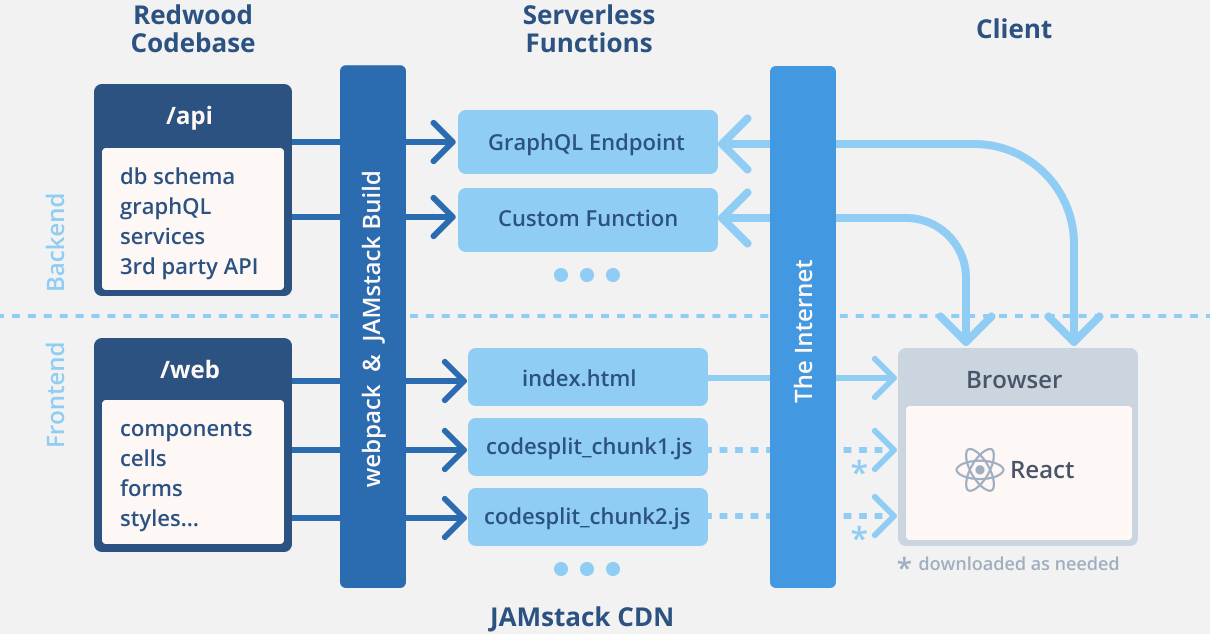 Structure of a deployed RedwoodJS app

All your database are belong to us

So far so good. All was well, so I merrily followed the tutorial, until I reached the database section:

We’ll need a database somewhere on the internet to store our data. We’ve been using SQLite locally, but that’s a file-based store meant for single-user. SQLite isn’t really suited for the kind of connection and concurrency requirements a production website will require. For this part of this tutorial, we will use Postgres.

At which point I was like, hold on, why would I set up something on Heroku when I already have an Azure subscription? There’s probably a Postgres DB service offered somewhere, no?

Turns out, there is (gasp), it’s the Azure Database for PostgreSQL service.

I know these are famous last words, but really, it doesn’t take that much time. It’s also straightforward enough that I could do it without any pre-existing PostgreSQL—and to some extent Azure—knowledge. 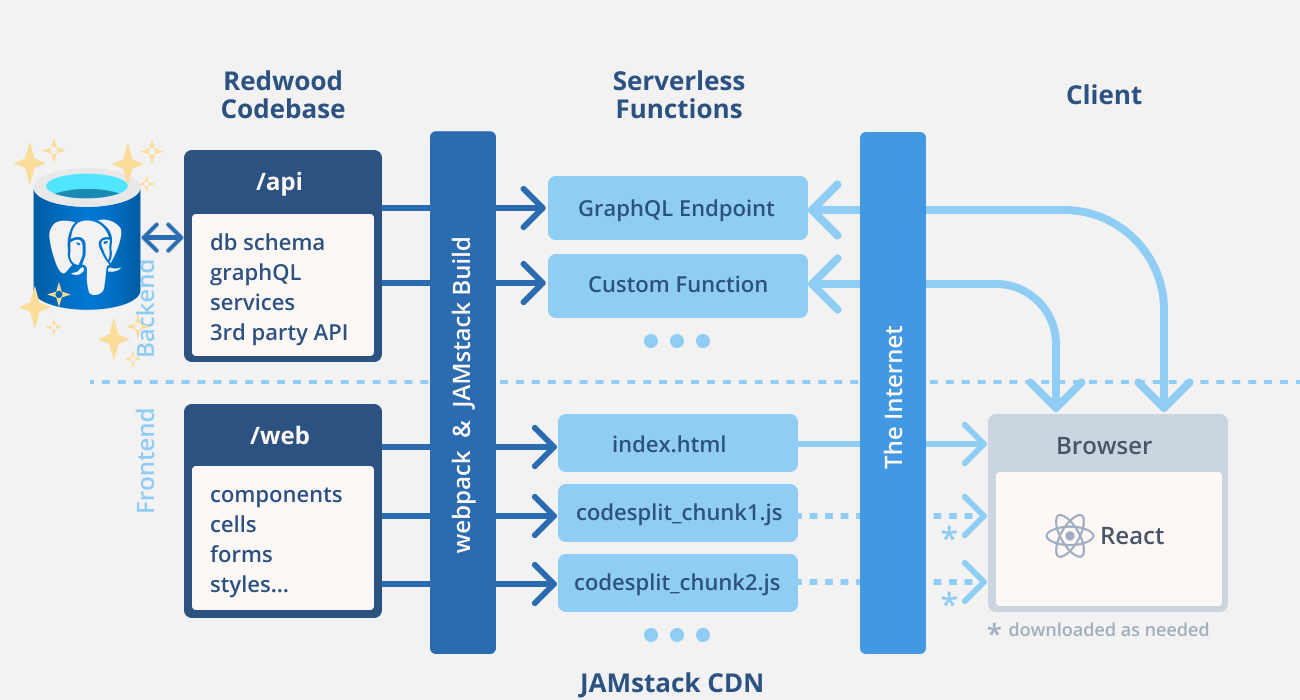 Adding Azure Database for PostgreSQL into the mix

Here’s a quick rundown of all the steps involved:

So let’s get started, and plug a Postgres database hosted on Azure into our Redwood app ⚡

Create and configure the resource

The Azure docs have multiple quickstart guides on how to create an Azure Database for PostgreSQL server on Azure:

Feel free to pick whichever route you find easiest, but for this step I will describe how to click your way through the Azure portal:

Server creation will take a couple of minutes. Once that’s done you should see something similar to this in the Azure Database for PostgreSQL servers dashboard:

It wears a bowtie and uses the finest electricity available 🧐

Once that’s done we need to allow all incoming connections.

🤔 Waiiiiit a minute. Why do we need to do that?

Well, it depends on the deploy target. For example if we deploy on Netlify, the IP address of the deployed website changes for each deploy, and they don’t have a public IP range that can be whitelisted (see this thread and that answer). The easiest way to move past this hurdle is to allow all IPs.

Of course, skip this step and use specific firewall rules if you know the IP addresses or ranges of the machines that will connect to your database.

Come on in everybody

This should add an AllowAll firewall rule with a timestamp—something like AllowAll_2020-9-19_17-6-6—and then save your changes 💾.

Set up the database

In the previous section we created an Azure Database for PostgreSQL server, which comes with an empty database called postgres by default. It’s pretty handy but we won’t use it, instead we’ll create our own redwood database.

For that we will roughly follow the relevant section of the quickstart guide, still through the Azure Portal:

Replace all fields accordingly, and you should end up with something similar to this once authenticated:

Note to self: server names with hyphens are somewhat ugly 🙈

💡 Astute observers will notice that this connection command differs slightly from the one in the quickstart guide. Indeed, we had to add --set=sslmode=require because SSL connections are required (gasp2). You can modify this setting for your server by going to your server dashboard > Connection Security > SSL settings > Enforce SSL connection.

Now that we’re in, let’s create a separate redwood database, and switch connections to this newly created database:

Optionally, you can also follow this guide to create user accounts on the database.

When you’re happy with the result and ready to move on, type \q or exit to close the psql connection.

Pass the connection string to the deploy target

The deployment target will need a connection URI in order to be able to connect to your database. The URI will look like this:

📋 A couple of notes here:

👉 Double-check whether the resulting URI is correct by using it to connect to your database using psql, either locally or via the Azure Cloud Shell:

And that’s it, you just linked your RedwoodJS app to a PostgreSQL database hosted on Azure 👏👏 Since this is a very basic integration, I didn’t worry about connection pooling or user management.

There are some links below for your perusal, and with that, I bid you farewell, mighty adventurer. Stay safe!